‘What’s in a name?’: How to Title Your Publications | Lex Academic Blog 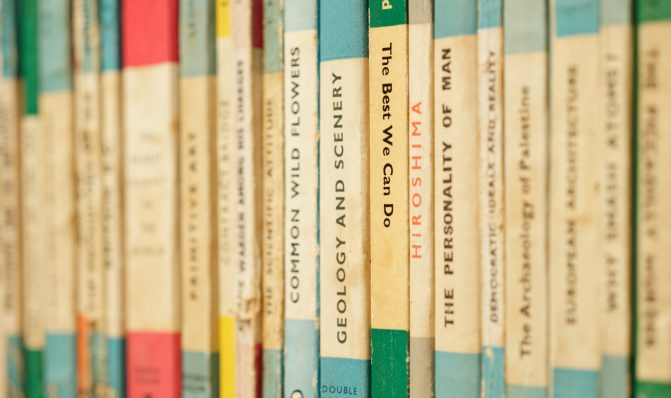 What’s in a name? that which we call a rose

By any other name would smell as sweet.

In Romeo and Juliet, William Shakespeare uses the line ‘What’s in a name?’ to signify that what a thing is called is unimportant relative to the thing itself. Shakespeare is undoubtedly right on one level. In the context of academic writing, however, the name, or title, of a publication – be it an article or book – can make a big difference. Indeed, a well-crafted title generates more reader engagement, increasing the citation rate and impact of a publication. As pointed out by PLOS and other publishers, only a fraction of potential readers read beyond the title, and so an effective title encourages them to continue reading. For an academic, then, the answer to Shakespeare’s question is most definitely, ‘Well, actually, there is something in a name’. For many of us, though, coming up with a title is challenging. In this post, we will share a few tips on titling publications.

Broadly speaking, a title should:

A title that follows these rules can make a positive first impression on a reviewer or reader. While ‘trade’ books – that is to say, books aimed at lay readers – can afford to have more ‘poetic’ titles, the titles of academic books should contain as many keywords as possible, in order to maximise search engine optimisation (SEO). This is because librarians, researchers and other potential readers track down academic books using keyword searches, and are less likely to find a title that lacks keywords. Accordingly, it is wise to avoid obscure, rarely used vocabulary (as well as any terms you may have coined in your book!) in favour of transparent, common words. As in academic writing generally, clarity should be the name of the game when crafting your title. Sometimes, it is difficult to identify keywords, especially for long-term projects, when the prospect of condensing several years of research into a few keywords seems simplistic. One tip is to summarise your project in one or two sentences, then piece together the keywords to create a title. Another tip, which helps to include as many keywords as possible, is to use the popular title-colon-subtitle structure, where the title consists of the central concept, and the subtitle contains several, often more transparent, keywords that indicate the scope of the book.

Articles can generally have longer titles than can books. It is therefore possible to go beyond focusing on the broad themes and give a sense of what the article argues. It is also possible, though not essential, to include a play on words, but it is worth bearing in mind that this may be less accessible to non-native speakers of the language of the article and that there are different disciplinary, and cultural, norms governing the place of humour in academic writing. If your article focuses on a particular cultural work, such as a film, literary text or philosophical treatise, a safe but aesthetically pleasing choice is to include a significant quotation from the work. This not only resonates with the reader, but also suggests that the analysis will be grounded in the work itself.

Let’s apply the points above to the titles of two books on a similar topic:

Both titles include numerous keywords. In title 1, these are ‘childlessness’, ‘(non-)mothering’ and ‘French’. While childlessness is clearly the primary theme, the inclusion of a related term – ‘mothering’ – ensures findability. A researcher working on mothering in French literature would almost certainly want to consult this book, but might not have thought to search for ‘childlessness’. The term ‘mothering’ thus acts as a kind of insurance policy. The word ‘families’ serves a similar purpose in title 2. The adjectives in this title also increase discoverability, but the less common words ‘queerly’ and ‘polygamous’, and especially the neologism ‘monomaternalism’, are less effective in terms of SEO. Indeed, this may partly explain the substantial difference in the number of Google results these titles generate. At the time of writing, title 1 returns over 6.5 million results, whereas title 2 yields only 12,500. It is notable, too, that both titles provide a clue to the author’s argument. In title 1, the adjective ‘voluntary’ indicates that the decision not to have children is a considered choice, rather than a biological imposition, while the verb ‘voicing’ suggests the need to express this choice. In title 2, the word ‘resisting’ suggests that the author will engage with how non-traditional forms of mothering challenge dominant notions of the family.