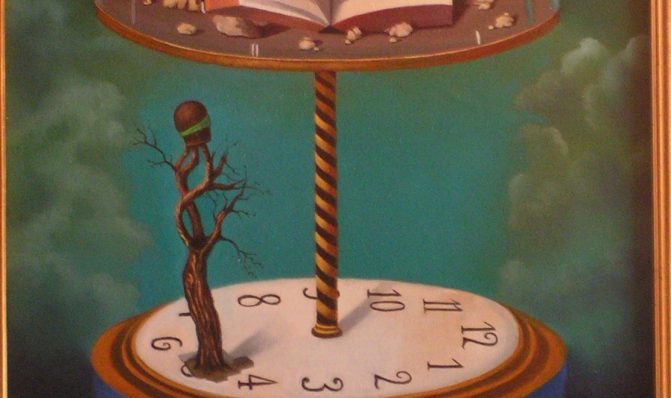 Some writers are directly invited to publish. Some nobble agents at parties. Others relentlessly submit proposal after proposal until an agent or publisher finally gives them a break. No two writers have the same journey to publication. Here are, nevertheless, five important stages to publishing your trade book.

In 1946, George Orwell singled out humanities scholars as particularly bad writers. The worst of us pepper our prose with long words, jargon, and passive-voiced passages ‘almost completely lacking in meaning’. Orwell’s uncharitable view was that impenetrable academic text is a result of lazy writing, or a lack of something to say. A more generous explanation might be that academic writing can initially seem unclear because it has a lot to say, and might legitimately deal with abstract, difficult-to-explain concepts. Cultural critic Ray Chow has gone so far as to suggest that unintelligible writing is intrinsically valuable because it ‘obstruct[s] the path of sweeping global instrumentalism’, frustrating the capitalist machine and its requirement that text be ‘more clear, more accessible, and more useable’.[1]

When it comes to academic writing, your readership will expect a degree of difficulty. They will welcome the explication of abstract concepts. It’s perfectly acceptable to strike a blow for the proletariat by writing unclear, inaccessible, and unreadable prose. Making esoteric points for a small, well-defined audience is part of the value of academic publishing.

It can be aspirational for an academic to legitimately occupy such a specialist space, but, to some, this leads to a degree of societal irrelevance. ‘Some of the smartest thinkers […] are university professors’, wrote Nicholas Kristof in the New York Times, ‘[they] just don’t matter in today’s great debates.’ While this assessment is harsh, addressing an intelligent general reader can definitely be one good way of opening the door to influencing people and policy, sharing ideas far beyond colleagues.

The first step to writing a trade book, then, is to decide who else might be interested in your work and to resolve to address them. Trade authors still write for specific audiences, but they are far larger. Readers expect a degree of flair, a story that’s easy to follow. And they have a limited tolerance for overly complicated academic exegesis.

Conversations about trade books can quickly come down to the subject of money. Publishing is a business after all, and a publisher will expect your work to show commercial promise. This is the principal reason behind looking for representation: agents know the publishing landscape and they know what sells. While they are not strictly necessary, once you have decided on your audience and have an idea for a book, you might approach a few agents to see what they have to offer, even if, in the end, like Mary Beard, you decide you don’t need one.

If you do end up working with an agent, they’ll help you formulate your ideas and develop your writing style. In exchange, they’ll take a portion (usually 20%) of your royalties. While this may sound like a big chunk, they are your closest partner and will spend months working with you, likely helping you to reach far more readers than you ever could alone. Getting an agent, however, is perhaps the single most difficult step in trade publishing. A great idea is not enough. Your non-academic prose needs to be in pretty good shape if you are to succeed.

It’s impossible to give blanket advice for getting an agent’s attention, although agency websites are usually clear about what they expect. Agents build their own ‘list’ of authors, specialising in types of literary work. Some work with authors of children’s books, others work on science communication, cookbooks, and so on. A brave few specialise in working with academics. An agent’s temperament is also a crucial consideration. They might, in the words of Bebe Glazer, the fictional agent of Dr Frasier Crane, have ‘made a choice between being a good agent and a good person’. Or they might be far more approachable, taking a more collegial – if less effective – approach to negotiation.

If you decide to team up with an agent, you should approach as many as possible, and give them precisely what they ask for. An agent might take on only one or two new writers a year, hand-picked from thousands of submissions. With these numbers – more depressing than even the most competitive peer-reviewed journals – it’ll come as no surprise that they may take months to read your work, and may not even get back to you at all. Expect rejection. To increase your chances of attracting an agent’s attention, you might consider hiring a professional editor or author services company to look through your submission.

As with agents, a writer should approach a variety of publishers, large and small. Independent publishers will often accept manuscript submissions directly from writers, but large publishing houses such as Penguin, Bloomsbury, or Harper Collins ordinarily require writers to have representation. Agents act as gate keepers to such organisations whose authors consistently appear on the shelves and in window displays, in book review supplements, and on best-seller lists.

When it comes to pitching your book to either an agent or a publisher, you’ll need to provide a sample of your work. This is typically the introduction or first chapter of the book you’re proposing, and the proposal itself. Now you are addressing individual people, it’s important to ascertain what they need from you. Suffice it to say that book proposals vary wildly from field to field, agent to agent, and editor to editor. Whatever form your proposal ultimately takes, agents and commissioning editors will likely expect a narrative arc; a trade book is not primarily the place to overtly think through your sources, cite papers, and advance a new argument (although it may do this as well, to an extent).

On the strength of your written proposal, you (or your agent) will arrange meetings with all the commissioning editors interested in your book. Assuming multiple publishers are interested in your work, it is now their job to convince you to sell your book to them, and not to their competition – a decidedly odd feeling after so long desperately trying to impress the very same people.

In exchange for the rights to publish and sell your work, a publisher will offer you an advance – a sum of money paid, typically, in three or four instalments. So, if you are offered an advance of £5,000 – roughly the average figure for a first book in the UK – you will receive a quarter of it upon signature, a quarter once you’ve delivered your text, a quarter on publication of your hardback, and a quarter when your paperback comes out. (Although you don’t have to repay this advance if your book doesn’t sell, not ‘earning out’ will make you a less attractive prospect for future publishing deals.) While most books attract only small royalties, occasionally a writer can earn vast sums. Matt Haig, for instance, received an advance of £5,000 for his first book, but was offered £600,000 for his tenth.

Everything is negotiated, from the size of your advance to the precise rights you surrender and the size of your royalty. It’s often in an author’s interest to retain as many rights as possible, separately selling translations and other rights like audiobook and film rights. An agent will have a strategy to separate your rights and sell them by language, territory, and format.

Your book must adhere to the structure and content set out in your proposal. Any changes to structure or argument must be agreed with your editor. Your agent and editor will then more or less leave you to your own devices for a year or two, while you write. When you deliver your manuscript, you’ll be treated to several rounds of feedback, which could take up to another year. First, you will go through a structural edit. Perhaps your narrative arc might be redirected slightly, or maybe you need to re-write entire chapters. Next, you’ll be passed on to a copy editor, who will perform a line edit. Depending on the topic, your work may even undergo fact-checking and sensitivity reading .You may be expected to re-write sections in response to this feedback. Finally, the text will be passed to multiple proof readers whose comments you will also respond to. This entire process can take around a year, depending on how quickly your various editors and readers get back to you, and how significant your changes are.

Your finished text will then be set, ready for printing. All that is left to do is to send around advance reader copies (sometimes called ‘galleys’) and convince as many famous people from your field as possible to ‘blurb’ your book, i.e., to read it and write something nice to go on the cover. During this time, you will also be presented with some book cover options. You may be able to influence the direction the designer takes, perhaps by providing images to give them some direction, but, in reality – as a first-time author – you may have little influence over the jacket design.

Larger publishers will assign you a publicity and marketing specialist, or a small team who will collectively ensure that your book is in the shops or otherwise easily discoverable by your audience. They will also ascertain the type and amount of publicity you’re comfortable with and help you get media coverage, podcast and radio slots, and even festival and in-person events. For the most part, these will not be paid opportunities and you are free to reject them. But – unless you are hiding behind a mysterious pseudonym like Elena Ferrante – your book is likely to sell less if you are not prepared to shamelessly plug it to an interested audience.

Publishing a trade book requires you to do more than translate your research into easily understandable language. You will be confronted with fundamental questions about your own value outside academia. Conversations about things you care deeply about will, at more than one stage, come down to a conversation about selling products. And it can be emotionally draining for at least some of your public image to be influenced by Amazon star ratings awarded by people whose reviewing habits extend to judging energy-efficient lightbulbs and grouting kits. But for those who can find a way to publication, writing for a more general audience can not only introduce you to new ways of thinking about your subject, but also introduce the wider public to the subject that so animated you in the first place.