How to Give and Receive Feedback | Lex Academic Blog 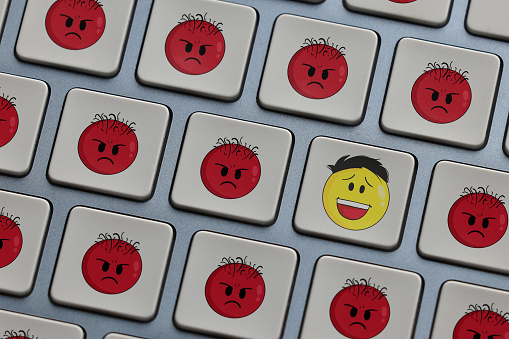 Feedback has been around for so long that the earliest example of it is marked into a clay tablet: ‘You sold me some copper ingots’, the writer complains, ‘and they were not good’. The tablet was created by a customer called Nanni, who goes on to accuse the merchant of treating him with ‘such contempt’. He demands his money restored ‘in full’, and says that in future ‘I’ll choose my ingots individually’. The tablet was unearthed in the ancient city of Ur in the mid-twentieth century by archaeologist Adolf Leo Oppenheim, whose team dated it to 1750BC. Today, we might call this ‘unstructured feedback’, and its kind is now more likely to be typed online and accompanied by a star rating.

As academics, and even as students and managers, we’re asked to review and give feedback on everything from how a conference workshop went to our peers’ theories and methods. When we give feedback in our professional lives, we are fundamentally doing the same thing as the writer of the Sumerian clay tablet: we’re letting our thoughts be known. This may come easily enough when telling the caterers that their crisps were soggy, but it’s probably a bit more tricky when assessing your colleague’s thoughts on the architecture of the Ottoman Empire, or trying to improve their presentation skills. There’s nothing wrong per se with ‘unstructured feedback’, but, in most situations, we need a more sophisticated, structured approach to giving feedback.

Properly speaking, feedback has a specific purpose as part of a mechanism, and the concept was only really articulated in the early- to mid-twentieth century. The psychiatrist and early cyberneticist W. Ross Ashby described feedback in 1956 as ‘a circularity of action … between the parts of a dynamic system’.[1] This definition is from his book An Introduction to Cybernetics. As the title suggests, the concept relates to a literally mechanical phenomenon: the screeching of an amplifier as the output signal is fed back to the input, creating a high-pitched, squealing guitar sound; the body’s shivering and sweating functions that warm and cool us, regulating our temperature; the ballcock that closes a valve in the toilet’s tank to stop the water from overflowing. These are all examples of a feedback loop – a mechanical system’s output being fed back into itself.

It was only between the 1940s and 1960s that business leaders started to translate this concept to talk and write about ‘feedback’ in their systems. Using this more figurative understanding of the term, a colleague or business partner might offer useful information on how an organisation – or an individual within that organisation – might improve their performance. Companies and institutions the world over have since embraced one kind of feedback mechanism or other. And, in recent decades, formal feedback has gained purchase in academia, as universities began to set our professional lives into orbit around concepts like standardisation and replicability. For better or worse, feedback is still an intervention in a system.

Although it might help to remember that the concept of feedback evolved to criticise systems, not people, it’s hardly an exact science. There’s an art to both giving and receiving feedback. Most universities will have their own guidance for giving feedback to students, for reviewing funding applications, for mentoring, for peer evaluation – any part of your job that you care to name. Each instance requires a slightly different approach – a tutor feeding back to their students will approach things quite differently from a peer reviewer taking apart a sophisticated argument – but here are four considerations that guide our academic feedback services. They cover giving positive feedback, giving respectful negative feedback, how much feedback we should give, and how best to receive feedback.

Offering critical feedback is notoriously difficult. Scott Berinato, writing in the Harvard Business Review, concluded from his studies that ‘negative feedback rarely leads to improvement’. Not only did those he was studying – people working at a commercial company – respond badly to negative feedback, they actively cut ties with the people who criticised them. Throwing a tantrum over receiving bad feedback may seem a little childish, but perhaps such behaviour says more about the way that feedback was given than about its substance.

We should, of course, be able and even feel encouraged to point out things that need improvement, but the phenomenon of Reviewer #2 suggests that this is something we sometimes struggle to do in academia. Real people with lives and feelings exist on the other side of the feedback forms and referee reports. This is why the University of Greenwich recommends that feedback should, where possible, be a dialogue rather than a one-way communication. Feedback should motivate. Even if you have significant misgivings, you should be kind; even when the feedback is anonymous, you should write as if you’re signing it with your name.

Negative Feedback: Be Constructive, Be Empowering

Despite Berinato’s rather unrealistic insistence on giving overwhelmingly positive feedback, we must, of course, make sure to point out areas of improvement. Behavioural science and marketing professor Ayelet Fishbach points out that positive feedback could be counter-productive if, for instance, it suggests that ‘sufficient progress was made’. Hearing that they’re doing well, one might ‘relax his efforts’. In fact, the tendency to hide behind positive feedback can backfire when trying to suggest improvements. Sometimes, we’re advised to create what is popularly known as a ‘s–– sandwich’, where critical feedback is nestled in the fluffy white bun of positive feedback. The trouble is that some studies have found that this approach on its own can render the negative feedback so unspecific and well-hidden that the recipient might not even recognise you’re trying to criticise them.

So, you should be deliberate and clear about improvements that need to be made, and measure them against a particular standard. Open Access science publisher PLOS suggests, for instance, a fairly rigid structure when giving feedback on manuscripts. You should, they suggest, provide a summary first, outlining a paper’s claims and clarifying your own perspective on it. You should follow this with a review of the paper’s strengths and weaknesses, and your general recommended course of action. You might follow this with a more detailed discussion of the areas that need improvement, both major and minor points. Although this advice is intended for written manuscripts, it translates well to other kinds of feedback. If you give the recipient confidence that they’ve been heard, respected and understood, you can deliver even challenging feedback that might be the start of a useful and empowering conversation.

How Much Feedback: Don’t Be Too Comprehensive

If feedback is too comprehensive, then it could be overwhelming or demotivating. Depending on the context, the person receiving the feedback might not have the experience or skills to prioritise your long list of requirements. And seeing a list of corrections, for instance, is demotivating. It can lead the recipient to wonder if they’ve got anything right at all. ‘It is important to hone in on the most important issues which really limit the overall quality of the work’, in the words of the University of Oxford’s Centre for Teaching and Learning.

Some types of feedback tend to be lists of corrections. They’re even called ‘corrections’ (be they major or minor) when they’re applied to PhD theses, and occasionally ‘amendments’ for other kinds of work. ‘Corrections’ and ‘amendments’ are rather negative expressions, anticipating changes that will right the wrongs you previously committed. Perhaps it would be more respectful – and accurate – to speak of ‘refinements’. Good feedback should help us to refine our ideas and performances, after all. And the concept of refinement is less about meeting someone else’s standards, and more about finding a way to nurture your work.

Just as with giving feedback, when we receive feedback, we should try to put ourselves in the shoes of the person giving it. As academics, we tend to care greatly about our work, our students and our colleagues. ‘Be more constructive with your feedback’, pleads Jemaine Clement, in the middle of the epic Flight of the Conchords rap, ‘Hiphopopotamus vs. Rhymenoceros’. But it can sometimes be hard to give constructive feedback. We might agonise over how badly chosen words risk making a valued colleague feel attacked or undervalued. When we’re on the receiving end of feedback, then, we should be grateful for it, and listen. If it’s face-to-face, then we shouldn’t interrupt or get defensive. And, because it should be a conversation, we should feel able to restate the feedback in our own words – face-to-face, or in writing. And we should feel able to ask for clarification or to discuss particular points.

Finally, even well-meant, well-phrased feedback can be tough to treat in an even-handed way when you feel, intuitively, that your work is being torn apart. We should feel able to recognise the emotions we feel, and allow ourselves to feel them. It can be especially difficult when the feedback accompanies something like a journal article rejection, or even a revise-and-resubmit (in such cases, you might benefit from a few days of distance before responding). It’s this human messiness that has led some to suggest that the concept of feedback is outmoded. For instance, in her book No More Feedback: Cultivate Consciousness at Work, ‘Regenerative Paradigm Educator’ Carol Sanford claims that something ‘based on the machine worldview via Cybernetics and Artificial Intelligence’ is an inappropriate concept to apply to human beings. Whether we have sympathy for this position or not, feedback mechanisms are here to stay.