How Common is Passing with Major Corrections from a PhD? | Lex Academic Blog 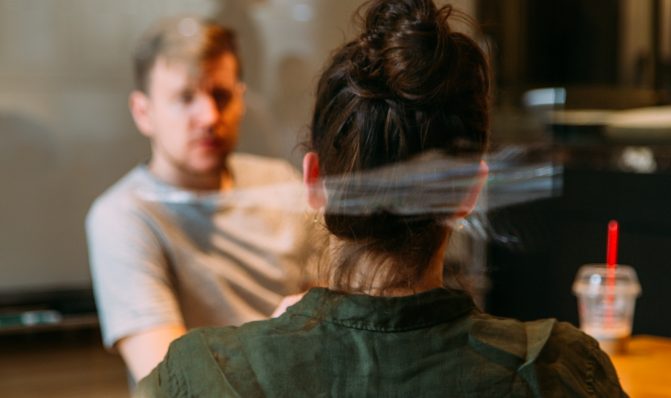 In the UK, a study of over 26,000 PhD candidates revealed that only 16% of students were awarded major corrections, while 3.3% of students failed their viva outright. Nevertheless, receiving major corrections presents a much-feared outcome for doctoral candidates. Before we think about how major corrections can be avoided, it is worth looking at them from a different perspective, addressing the fear itself by understanding the mechanism they are part of.

If you’re reading this, there’s a good chance you’re nervous about the prospect of making ‘major corrections’ to your PhD thesis. Before we think about how you can avoid this, it’s worth looking at them from a different perspective, addressing the fear itself by understanding the mechanism they are part of. Many education systems don’t have a concept of ‘corrections’. German and Swiss institutions, for example, traditionally grade PhDs. In France, a report is more common. In Italy, where research doctorates only came about in the 1980s, a candidate is awarded a pass/fail. If you’re part of a system that embraces ‘corrections’, it’s sobering to think that your argument, thesis, structure or method might have fundamental flaws, but passing with ‘major corrections’ allows you to do something about them. It may be a daunting outcome, but it’s arguably preferable to have the chance to ‘correct’ your work than having mistakes and missteps enshrined in a grade or report.

Still, there are plenty of reasons to avoid major corrections. With minor corrections – more-or-less limited to fixing referencing problems, editorial or presentational concerns, and small adjustments here and there – it’s easy to see them as a necessary, routine task; almost administrative (though these are easily preventable with the help of a professional PhD editing service). But major corrections can be traumatic. They require you to pick apart and reconstruct entire sections. And, unless you’re extremely fortunate, you may not have the time, money, or family networks to support yourself through the months it’ll take to satisfy your examiners. And, even in the best of circumstances, to be asked to intellectually engage with a project you thought you’d finished can make you feel like a soldier ordered back to the front, when you really just want a cup of tea, a warm blanket, and maybe a biscuit.

Whatever stage of the PhD journey you’re at, there are things you can do to help avoid major corrections. The first is to make sure you have a thesis – advice that sounds obvious, but you’re unlikely to be awarded ‘major corrections’ if you have arrived at one. PhDs call for some kind of invention, which might be a new discovery, a new composition, or more likely – especially in the humanities – a new interpretation; an invention of significance. You could think of your PhD as a process of arriving at a position about that perspective or interpretation that you must defend from the examiners, who will in various ways attack it (the word ‘thesis’ is from the Greek ‘θέσις’ [theios], meaning putting or placing; a proposition, affirmation). It’s particularly important to articulate your thesis – or position – if your PhD is interdisciplinary, since in such contexts you can be attacked from many more perspectives.

Your thesis should also be constructed appropriately. Your examiners will be expecting to see some kind of literature review, statement of methodology, an introduction, conclusion, and several other sections specific to your discipline. It should explain and tackle the viewpoints you expect to encounter as you articulate your thesis. There are, of course, many valid ways to write up your thesis, but more experimental structures are difficult to read and examine – it can help to keep your examiner in mind, and let the structure of your thesis work as an effective vehicle for your ideas. If you’re reading this early enough in your PhD, you could deal with everything in this paragraph – and the last one, for that matter – with the practical advice ‘make sure you have the right PhD supervisor’. A good supervisor won’t let you progress to your viva without making sure you have a broad understanding of your field, are able to convincingly articulate your position, and can counter the arguments you’re likely to confront. Similarly, your supervisor should be satisfied that your thesis is well structured, with all the sections relevant to your discipline. A good supervisor should also have strong ideas on who should examine your PhD.

In some systems – the US and Canada, for instance – choosing examiners won’t be an issue. Your examination committee will already know you and your work because you’ll have been more comprehensively examined over the course of your PhD. In the UK system, however, you won’t know your examiners, even though you (and your supervisor) have the opportunity to request them. You should have one examiner external to your institution, and one internal, and they need to be chosen with care, especially if your thesis is interdisciplinary. An examiner should be in your discipline and at least conversant with your field and sympathetic to your methods. And this brings us to the viva itself.

This blog began by arguing that the ‘major corrections’ outcome could be interpreted as an opportunity – one that non-UK systems rarely present. The flip side of this argument is that much can go wrong in such a system. A viva in the UK lacks the pomp and ceremony of the ‘defence’ and ‘opponent’ systems we see in many other countries. A three-way chat in a basement room seems infinitely more casual and less nerve-inducing than the begowned, ceremonial and public affairs of Scandinavian, Dutch and German institutions. But British casualness belies an austere system. Your outcome can be severely damaged by how you perform in your viva, though this isn’t something to obsess over. (In the UK, a study of over 26,000 PhD candidates revealed that only 16% of students were awarded major corrections, while 3.3% of students failed their viva outright.) If you’ve been brought here after frantically googling for strategies to avoid major corrections, you may be afraid it’s too late. But there are still strategies to avoid major corrections in preparation for the viva and even in the viva itself.

Before your viva, you should read your thesis in detail, making notes of every weakness, even significant flaws that you think might result in major corrections. You might even walk into the exam room clutching your well-thumbed, worn copy of your thesis, covered with scribbles and stuffed with Post-it notes. It’s a sign that you’ve done your working out, you’ve prepared, you’re taking it – and your examiners – seriously. Annotating your document in this way goes well beyond presenting yourself well. It also prepares you to design the conversation itself. Your viva is, of course, partly an examination of your knowledge, but also your attitude to research. If you identify a weakness in the work you’ve submitted, then it’s an excellent thing to note and bring up. So, you should write it down and look for opportunities to tell your examiners what’s missing. ‘If I was to rewrite this chapter’, you might say, ‘I’d probably place less emphasis on Foucault, and maybe consider Agamben’s perspective’. Then, you can go on to explain why you’d make that particular change. This way, you take command of the conversation, show confidence in your thesis and exhibit an evolving perspective. You might also search for relevant new work published since you submitted your thesis, and speak about how it may (or may not) influence or even confound your position. If you show such engagement with your field, and with the process of research, it would be difficult to justify passing you with major corrections.

In the end, even if you do receive the award of ‘major corrections’, you still have cause to celebrate. The word ‘correction’ is harsh, though, especially when accompanied by the word ‘major’. Throughout the academic year, it can feel like Twitter is populated by people bragging about their no-corrections PhDs, and it can feel that any kind of correction puts you at a disadvantage when compared with your peers. It’s worth remembering that the severity of your corrections is not a judgement on your worth. It isn’t even necessarily a measure of your thesis’s quality (you may have had the wrong examiners or supervisor, or thought more deeply than you had the words to articulate on the day). Assuming you have the material support to complete your corrections, you will still have passed your PhD viva, and have plenty to offer as a scholar and member of the academic community.