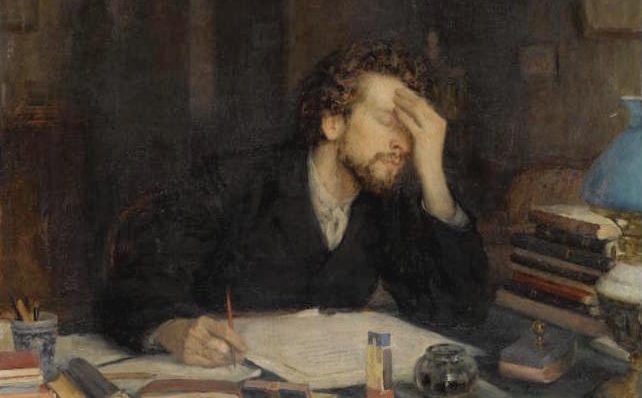 When thinking about writing a book proposal, it can be tempting to jump straight in: just get some words down on that intimidatingly white paper and worry about the specifics later on. After all, you have the idea, probably a title in mind, and most of the material you need to lay out a convincing table of contents. However, I do think it is important to take a step back and ask yourself an often overlooked question: who is this book for? The reason this is an important question to ask at the outset is that it shapes every aspect of how you build a proposal – from the title and blurb, to how you frame comparable titles. While I talk a bit more about the audience for your book below, one thing to bear in mind from the beginning is that a proposal needs to cater for several, often very different, readers. Striking a balance between keeping it accessible to people who might not be subject specialists (not least the internal readers at the publishing house), whilst also communicating enough detail to convince seasoned academic peers, is an important one.

Proposal forms can feel broad and vague with not a huge amount of guidance on what each of the questions and sections is asking of you. With that in mind, I thought the most useful thing to do would be to work through the main sections of a proposal form and hopefully ‘decode’ them somewhat.

Title: This is the first thing an editor and, eventually, a peer reviewer is going to see. Since most readers won’t even make it past the title, it’s crucial that it is both intriguing and communicates something of what the book is about. While titling is difficult to get right and quite often changes as discussions around the book develop, I would recommend giving this as much thought and consideration as possible from the beginning. There’s so much to say about coming up with a good title, including making sure it’s the right tone for the audience you want to reach. While it’s tempting to opt for a something poetic and literary, remember that most people will find your book by searching for it online, so it’s definitely worth thinking about what you might google if you were trying to find your book. Nevertheless, while it’s certainly important to give the book the best possible chance of being found in an online search, I think it’s worth avoiding the ‘list of words’ approach to titling. I would be especially careful of using words that are so broad that they don’t tell you anything meaningful about the content of the book (a subtitle of ‘art, life, and contemporary society’ is an example of what I mean). Even with quite niche research monographs, the book is telling a story and that sense of a narrative – one that engages and intrigues – needs to come through in the title. If you don’t think you’ve come up with a title that really works, then say that in the proposal! Suggest alternatives and communicate to an editor that you’ve put some thought into this and are open to dialoguing about it.

Keynote: This should be one or two short lines at maximum. Think of it as a kind of elevator pitch. Focus in on the ‘big idea’ underpinning your project. You can flesh out your claims in the other parts of the proposal but this is the space for getting your reader excited about the book, so focus on being both clear and, crucially, compelling. It’s also worth mentioning that your editor will use a keynote internally to convince their colleagues that the project is worth taking on, so producing a good one saves them time and work!

Short Description (and keynote/tagline): Think of this as a blurb for the book and keep it as jargon-free as possible. You can elaborate on the specific academic qualities in the longer description and detailed chapter descriptions section. Of all the sections of a proposal, this (and the keynote) are the ones aimed at the publisher rather than peer reviewers. Writing a really clear and absorbing summary not only shows you can write for various audiences (including non-specialists), but it also saves your editor time (after all, if your blurb is good enough they can use a version of it for their internal pitch). Like the keynote section, this is the part of the proposal they will be using to convince their colleagues (usually in sales, marketing, and production) that the book is worth taking on. Providing an inviting summary that communicates what the book is trying to do will really help get an editor on side. Again, keep in mind the idea that your project should be telling a story. It could be the story of a place or a peoples, a concept, or even about a single word. What matters is that you are inviting someone to participate in the narrative.

Longer Description: This is an opportunity to expand a bit on the exciting idea you’ve summarised in your short description. It can be more focused on your peer review readers and pull out the more academic aspects of the work. Include more specific details of the kinds of thinkers you will be engaging with, specific events, or time periods. Try to avoid vague, unsubstantiated claims and communicate the thoroughness and rigour with which you’ve thought through the topics in the book.

Table of Contents: This is so often done hastily but is a significant indicator of whether you can structure and organise your ideas well. It’s an opportunity to showcase how the book holds together and if there is a coherent narrative thread, or whether it feels like lots of different pieces jammed together. Think carefully about how the chapters are titled – do they feel consistent and tonally appropriate to the book?

Chapter Descriptions: While you don’t want these to be so long that you’re effectively sending in a manuscript, do try and provide the detail necessary to convince peer reviewers that you’re writing something with real substance and depth. Mention the specific concepts, key moments, thinkers with whom you are engaging. It’s also important to consider how inclusive your project is. Editors are increasingly careful about taking on books that don’t include a plurality of voices and perspectives. Much like the table of contents section, these descriptions need to convince the editor and reviewers that there is a coherent thread pulling the text together.

Audience: Consider things like whether it has a student readership or whether it is a primarily research monograph. Is it for a specific community within a given discipline or is it interdisciplinary with some general reader crossover? I think it’s important to be quite specific here. It can be tempting to make really broad claims about the book being for “everyone” and for a “general reader” but unless you’re genuinely writing a book for a popular audience, it’s not really helping your pitch to exaggerate the readership. Indeed, the more information you can provide in terms of relevant courses, conferences, and mailing lists the better. It’s a good idea not just to identify who the audience is but also how you might reach them.

Competition: While it can be tempting to skate over this section in an attempt to emphasise the uniqueness of a project, I think it’s worth bearing in mind that some of the readers of the proposal will be other academics/thinkers who will be very sensitive to an author acknowledging other, similar works. As an editor, I’m also keen to see an author evince real knowledge of their subject area – particularly recent works. So don’t be tempted to overstate the originality of the work. Instead, situate it very carefully within current literature. It’s not a death knell for a project to be similar to another one on the market, but I would carefully draw out why – exactly – your project is different from what’s already available. Peer reviewers are always particularly interested in this part of a proposal (some of them might even have written a relevant book!), as well as being interested in how well you know the field.

About the Author/Bio: While this section can read like it’s only asking you for ‘nuts and bolts’ type information, it’s a good place to talk about why you are the best person to write this book or, if you’re feeling a shade more modest, at least why you’re well positioned to write this book.

It sounds obvious but make sure the proposal you send in is the best possible version. Receiving works that have spelling and grammatical mistakes, are incomplete, or seem messy and badly thought through is surprisingly common. You want to start things off on as positive a footing as possible and inspire excitement and engagement from an editor from the beginning. I always like receiving proposals that feel like they’re opening things up (as opposed to closing things down). And even if the book is focusing on something quite focused, specific, and academic, if you’re trying to do something new, fresh, and alive, then that will shine through.

Liza Thompson is Senior Publisher at Bloomsbury and Bloomsbury Philosophy.